Videogames as an art medium

The most interesting discussion I had about videogames happened with one of my brothers, after we left a museum we just finished visiting.

The gallery we went to was showcasing, along with paintings and sculptures, some interactive artworks and contemporary installations as well. We started talking about art and its many ways of being conceived, and the conversation ended on whether videogames can be art as well, or not.

Disagreeing with me, my brother stated that videogames cannot be compared to “real” artworks in any way. Other than getting pissed, I also realized that this actually is how anyone not heavily into gaming as I am actually perceives this media – how can you compare, for example, Candy Crush or Call of Duty to Van Gogh’s Starry Night or Beethoven’s Symphony No. 9?

So, can videogames be seen as pieces or artwork too? Here comes my reflection.

First of all, let’s try and define what do we mean with art. 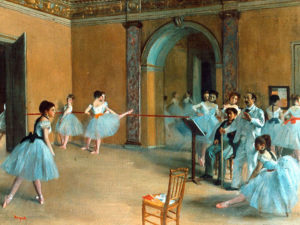 “Art is not what you see, but what you make others see” – Edgar Degas

To keep it simple for the sake of this blog page, art is what happens when a person tries to communicate their feelings, not by describing them, but by interpreting them through a medium, conveying their emotions through painting, sculpting, singing, composing, writing and acting. The spectators, who will get to testimony this performance, will get an emotional response, and formulate their own personal interpretation on what the artist wanted to express.

It is said that, as soon as an art piece can be interpreted the same way by every person, it stops being art. I love this definition. Art is the representation of the feelings, and how they are interpreted.

According to this definition, a videogame that has, as the sole purpose, the endorphine boost from aligning 3 pieces of colored candies, cannot be considered art – not to the same level as we could do with a painting, a book, a sculpture. But this is what happens if we put entertainment before meaning.

Videogames are mostly conceived to entertain, and to sell. They can have a story and give an emotional response sure, but they mainly focus of being entertaining the player. What companies want nowadays, is to find which mechanics are the most addictive and rewarding to the players, cram them all together into a disc, and get money off it. The main goal is not to tell a story, to convey emotions or to deliver an experience… the main goal is to sell. Nothing bad with that, just… not so artistic.

What happens, though, if an artist chooses videogames as their medium of choice for art? Most indie developers are born because they crave to tell a story, to show something, and videogames are the most powerful medium available. Instead of acquiring art passively, a player actively participates to the unfolding of the events, becomes the hero, plays through the story, makes personal choices, and all of this while listening to the game’s background music and admiring the visuals, getting fully involved into the product with all of its senses. If the real goal is to deliver a story, or make the player feel something… that is art.

I apologize for the long introduction, but it was necessary. To corroborate my theory, I would like to talk about 5 great indie products that really show that videogames aren’t just scores and life bars on a screen. Most of them are available on Steam for PC plus other platforms too, so if you want to give them a try it shouldn’t be too hard for you to get your hands on them. Due their indie nature they also tend to be cheaper than your regular AAA games, and their price will range from ca. 25€ to being totally free.

NIGHT IN THE WOODS

Night in the Woods is an adventure game mostly based on exploration, story and character development. Along with a genuinely beautiful graphic style and gorgeous soundtrack that perfectly merge into each others, the way the small town of Possum Springs and its citizens are narrated is so real it hurts. There is more humanity in those cute little animal critters than in most of the people you will ever meet, and their story feels so genuine and believable it is impossible not to feel close to any of them, and you will always want to know more. The characters are living in a world that doesn’t care, unfair things happen and bad choices are made without any apparent reason. Just like in real life. 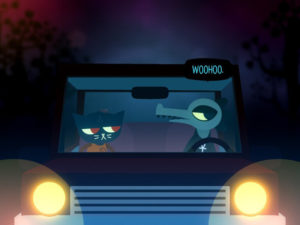 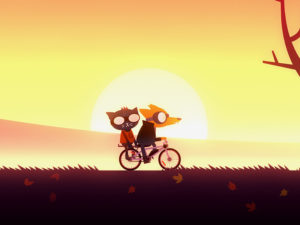 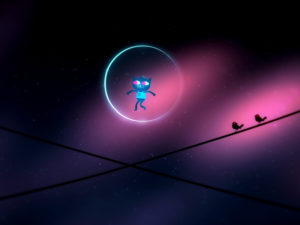 Alternating hilarious situations to heartbreaking moment, this masterpiece tells one of the most touching love stories I’ve ever had the pleasure of playing through.

The main characters are two scientists, working for a company that offers a very interesting service: it allows people who are about to die to live their dreams in their subconscious before they are gone forever. This happens through a profound alteration of the person’s memories, as they are lived in reverse by the scientists that have the task of making this happen. One day, the two scientists are called to work for a customer than wants one thing as his last wish: to go to the moon.

While being often light-hearted, the powerful storytelling of this game allows the player to explore heavy topics, as love, loss, and regret. The ending left me bawling and crying my eyes off for several minutes, and the music scores are the perfect frame for such a wonderful little game.

“The ending isn’t any more important than any of the moments leading to it. The important thing is that over here, they are happy.” 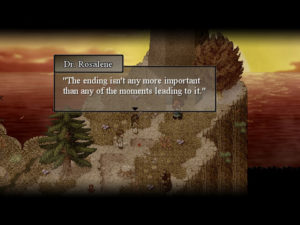 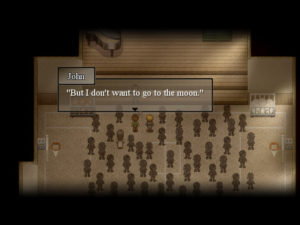 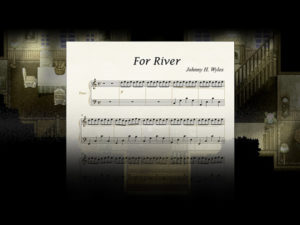 Even though it looks like a game and plays like a game, Yume Nikki completely loses the regular narrative that we saw dominant in the first two games of this list, and focuses on… something else. Beautiful music is replaced with monotone and calustrophobic instrumental loops, and gorgeous imagery becomes gritty and crude pixel art that is more often than not hard to read and decipher. And it works spectacularly well to do what this game wants to do: explore what dreams are made of.

The game revolves around Madotsuki, an hikikomori (a japanese term for someone who lives in almost total self-imposed isolation, usually in solitude within their own apartment) that spends her time having lucid dreams, and recording them (Yume Nikki translates to “Dreams’ diary”). While extremely confusing at first, as the player will end up roaming through seemingly empty and overlapping maps with no goal, the game shows a deeper meaning, that must be interpreted by exploring the various dream worlds of Madotsuki. What emerges, without spoilers, is extremely unsettling. The game will keep the player in a constant state of unease and discomfort, and if you can read between the lines of the childish artworks filling the various dream universes, you might start to understand why.

“Humans grow a tree within their minds. A tree known as the self. It’s a tree that is nourished through wisdom and experience, emotion and love. Each person has their own variety and type of tree. What kind of flowers will it grow? What kind of fruit will it bear? Who will it fascinate, what will it yield, how will it keep the pests away? What kind of poison will it possess? How tall will it grow?” 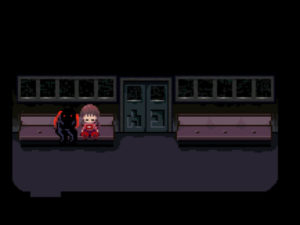 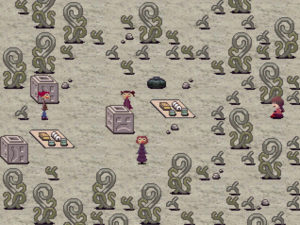 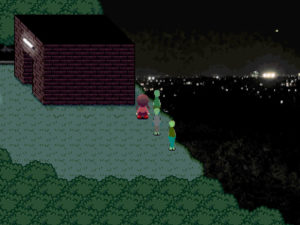 Developed almost completely by a single person, Undertale is probably one of the most iconic games of the last decade. Undertale tells the story of a kid that falls into a hole into a realm populated by monsters. The story itself wouldn’t be so interesting, if it weren’t for the mechanics of how the game is played. What happens, in fact, is that even though the protagonist is attacked by monsters, we have the choice to fight them, or to reason and try to come to terms with them. Depending on our approach to this main game mechanic, the unfolding of the game events changes dramatically.

To top that, the game itself is aware of its own game nature, and will impress the player in more than one occasion because of this. Undertale is a game that deserves multiple playthroughs to try and understand its deeper storyline, as of today still hard to fully grasp in its entirety, as new theories keep on emerging. Keeping up its legacy, Deltarune act 1 came out a couple years after, totally unannounced until it was already done, and by doing so it unexpectedly hit the Undertale fanbase with yet more questions than answers, leaving many (me included) craving for more. We are patiently waiting for the next chapter to be released, hopefully not too far from now. 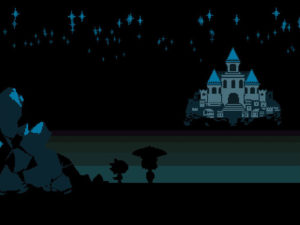 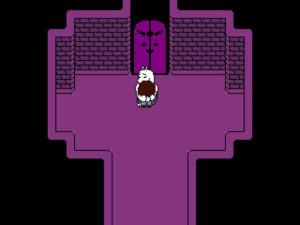 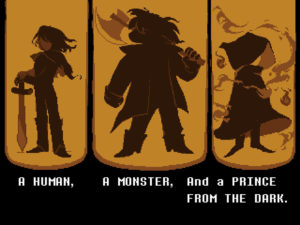 Created by a single person at first, Minecraft ended up being acquired by Microsoft and is today the most sold videogame EVER.

Minecraft is a game that is simple at its core: you roam a blocky world where almost everything is made of cubes, you gather resources, get food and shelter, fight monsters, explore, get better equipment, and finally kill an interdimensional dragon and save the world. What really matters is HOW you get there.

First of all, the world of Minecraft is randomly and procedurally generated: every world created is different from one another, is practically infinite, and is built around the player as they move around. Also, every single block can be picked, rearranged, combined and crafted, opening to endless possibilities. The art of Minecraft is more into its capability of letting the players express themselves as they want: by creating huge castles and villas or by assembling complex machinery, by exploring caves deep within the ground or by getting resources through huge automated farms. There is never a single way of achieving a goal, and there is never a single goal to reach, as the player can set their own objectives, to their own pace. As if it were not enough, the game itself is constantly (and freely) receiving updates, and to top it up it can rely on a very fertile community of modders, that created some amazing mods packs to further expand and transform the game, be it to focus more on Player-vs-Player encounters or to add more materials, weapons, and blocks to the game.

“I hope you’ve learned that in this world of mines and crafting, the most important thing you can craft is you.”
― Max Brooks, author of “Minecraft: The Island” 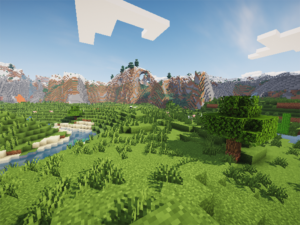 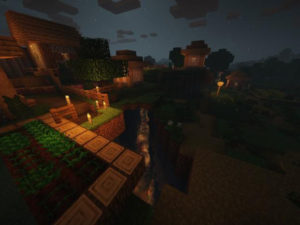 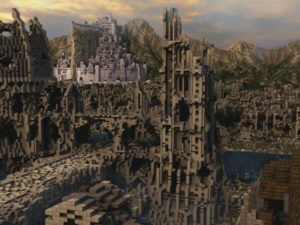 This is the end of my list. I am sure I left out many other amazing games, maybe even more representative of the “artistic” side of videogames, but I based my choices solely upon my own experiences and likings. This said, I would like to add to the list three honorable mentions: A Short Hike [Steam page] (a story about, well, taking a short hike on a mountain, while helping the people you meet along the way), Cuphead [Steam page] (a frenetic bullet-hell kind of game with a style heavily inspired by 30’s cartoons) and Hotline Miami [Steam page] (violent, flashy, gritty, psychedelic and with a soundtrack to die for). 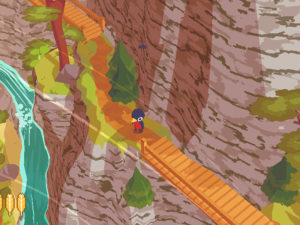 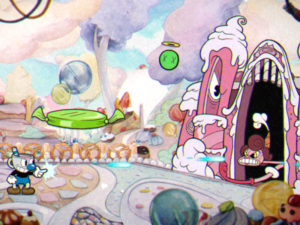 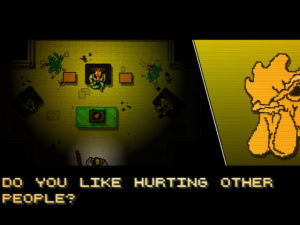